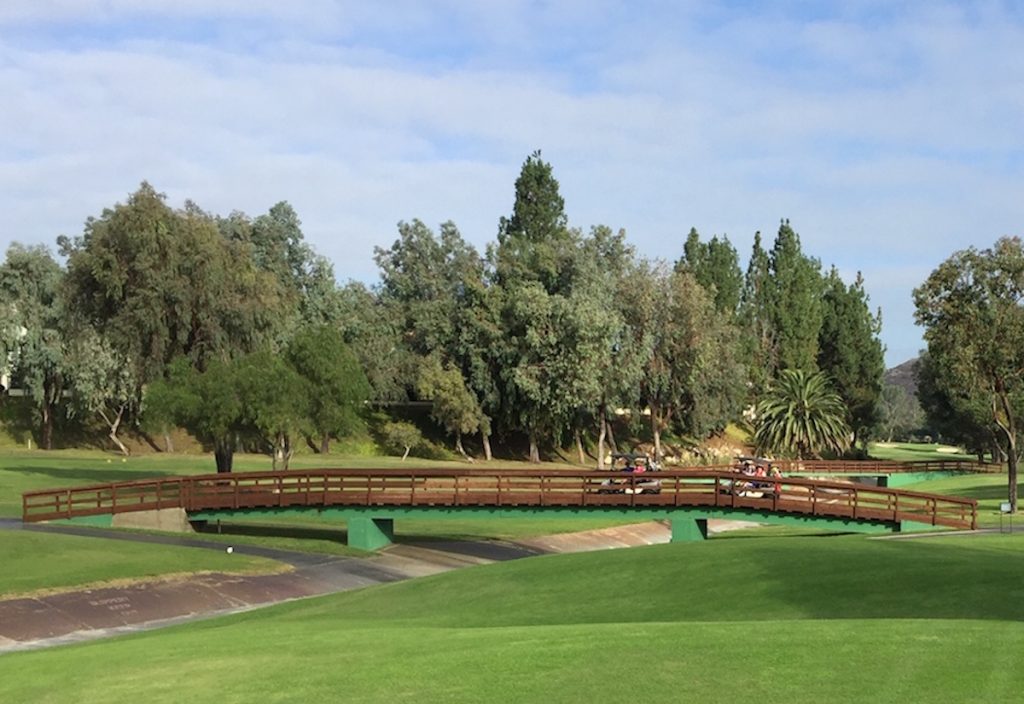 SLEEK AND STRONG — Women’s Club golfers drive their carts across the renovated steel-and-Douglas-fir bridge at No. 1 on the RBI course. (Photo by Diane Borden) 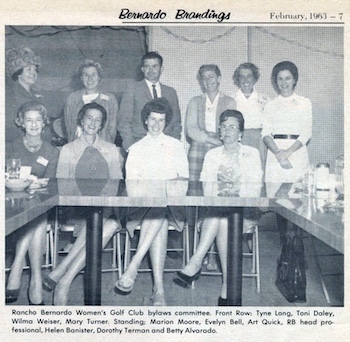 The RB Women’s Golf Club had its first formal organizational meeting on Jan. 21, 1963, at the Poway Bowl, according to the Bernardo Brandings, a monthly newspaper published for the new Rancho Bernardo community. Copies of the newspaper are available for review at the Rancho Bernardo Historical Society.

The purpose of the Club, according to the 1963 Club Year Book, was to “promote good fellowship and sportsmanship” as well as “learn and practice the rules, the etiquette and the true spirit of the game of golf and thus promote its highest standards.” Those sentiments remain part of the Club’s mission today.

Today’s Club members play competitive amateur golf on Tuesdays at the championship 18-hole course at Rancho Bernardo Inn. Over the years, the course has hosted both PGA and LPGA events.