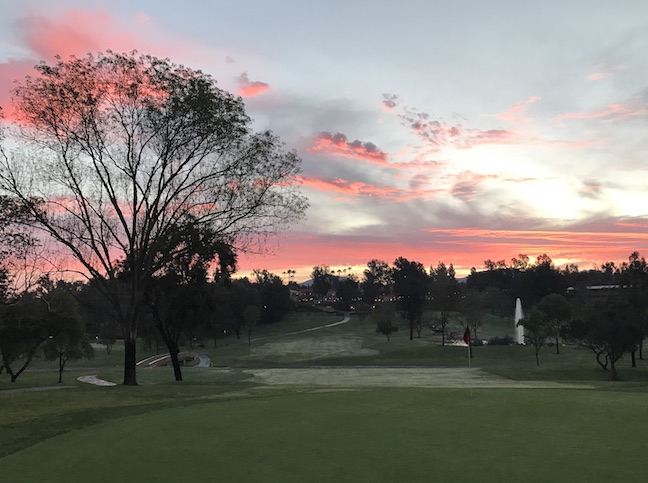 The Rancho Bernardo Inn Women’s Golf Club sponsors several special tournaments and events each year, many of which are documented with photos and slideshows. This Gallery page and the pages that follow — 2021 Invitational, RBI Chef’s Garden and Bridges at RBI — highlight some of the best images from these annual events and other happenings at RBI.

INVITATIONAL FOURSOME — Marilyn O’Neill, Patsy Krause, Arilla St. Laurent and Iris Delaney, who had a hole-in-one on No. 11 during the 2016 Invitational, wear red, white and blue. (Photo by Angela Schmidt)

Among the best-attended tournaments and events are the following:

The Club Championship is a two-day major tournament and has been postponed in 2022 because of poor course conditions. Originally scheduled for June 7 and June 14, the tournament will be rescheduled. The tournament is a combined gross-score event.

The President’s Cup is a two-day major tournament and is scheduled for September 20 and September 27, 2022. The two-day tournament is a combined net-score event.

A Two-Person Scramble special tournament was played on March 22, 2022.

An Individual Eclectic special tournament has been rescheduled for August 23 and August 30, 2022.

The Holiday Tournament (Four-Person Scramble) is scheduled for December 6, 2022.

The Holiday Luncheon and Installation of 2023 Officers has been rescheduled for December 9, 2022.