A team from the Rancho Bernardo Inn Women’s Golf Club has won second place in the 2016 net-division regional team-play championship. The RBIWGC team’s successful four-month season came to a close on June 13 with a loss to the Laguna Woods Women’s Golf Club (9-3) in the championship match. 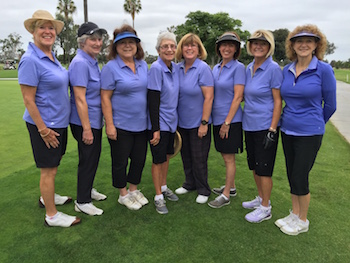 “Our team was inexperienced in match play when we began the season,” said Fran Maxfield, RBIWGC team captain. “But, we gained confidence with each match, and many of our players even improved their handicaps during the season. We are all looking forward to team play again next year.”